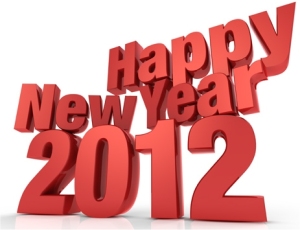 2011 has seen it’s fair share of both highs and lows, but generally, for me personally, it has been a pretty solid year. (I’m not sure where that phrase originates from, but it sounds kinda weird don’t you think, seeing as you can’t actually touch a year, and therefore cannot be solid. Strange.)

At the start of 2011 I had a few very important questions to find the answers too; where was I going to go to university and how will I make the right decision? Heading into the January 15th deadline, I wasn’t entirely sure where I was going to end up, but I had some sort of vague idea. I chopped and changed, switched back and forth for multiple reasons, friends already there or friends who would be starting there at the same time as me.

I’m not going to lie, January 14th 2011 played out as my very own Transfer Deadline Day (any self-respecting football fan of any age, will understand this feeling.) Back and forth I swapped and swayed from one city to another, albeit, there was no £35m price tag payed for my signature (or my confirmation on UCAS as it were.) It was like Georgie Thompson crossing from David Craig at The Emirates to the reporter at the Camp Nou as talks surrounding Cesc Fabregas’ future once again flared up.

Ok, so it wasn’t quite that dramatic, but whatever my decision was to be, it was going to be a life changing decision.

After all the pleas to go here and there, well actually, that was just Tina. But in the end, I had to make the right decision for me. Myself. I.

My heart was set on going to Bucks New University in High Wycombe, to study Film & TV Production, the same as Luke, and where Tina would end up being.

Fast forward a few months and upon receiving a full house of offers from Leeds Metropolitan, Plymouth University, Plymouth St. Luke and St. John, Sunderland University and Bucks New University, I had the simple task of choosing Bucks as my firm choice, or did I?

I’d realised things had changed. After second visits and open days here and there, one place was growing on me incredibly fast. Day by day, heading up to yet another UCAS deadline, once again I was back at square one. Where did I really want to go?

Eventually I decided to locate myself in the wonderful city of Plymouth.

I’m still not entirely sure what it was about this wonderful city and modern university that swung it for me, but looking back I’m so glad I did. In a way I’m glad I ended up choosing to go where I knew literally no one. That’s not saying it wouldn’t have been nice to be with Luke or Tina or Tom, Dick or Harry, but it pushed me out of my comfort zone, which I now realise is something I really needed to do. Anyway I’m gibbering on now.

AFter finally sorting everything university related out, it was time to fly out to Northern Cyprus with Ellie. It was a very last minute thing, in fact we only started looking three weeks before we went. And oh my God was Kyrenia beautiful.

If you ever go there, I strongly advise you to go and visit the Turtle Project and spend a night on the beach watching Turtles hatch their eggs. It is simply an amazing experience.

Not only did we have an amazing time, I came back with an amazing tan (well actually it was sun-burn, but that doesn’t sound so good, does it?) But I also came back with a smashed iPhone. Those of you who know me will already know this, but for those of you who don’t, my iPhone is my pride and joy. I can’t live with out it. The two weeks of summer I spent without one left me paralysed so-to-speak. (Over dramatic I know, but it’s true.)

As well as celebrating sorting out university, said holiday was also needed to forget about quitting the job I had at the cafe in the park for the last two years. After the owners passed the business on to their son and his new wife, things just turned sour and unbearable. No longer did I enjoy working there; I didn’t enjoy working for them, like I had for their parents. I’m not going to go into details because it would just be childish, which at the time is probably how I acted to a degree, but I had my reasons.

At the back end of summer, I turned 20 and one day later it was the big move. At the start of September, I said aufweidersein to Warwick, and Hola! to Plymouth. I felt like I was leaving everything behind and starting a completely new blank canvas. Which, obviously in one way I was, but when I look back, look at the influence of Facebook, Twitter and my overuse of my iPhone and I realise I wasn’t leaving anything behind. I was merely expanding.

After overcoming the first days of nerves, new friendships were made and the work began. 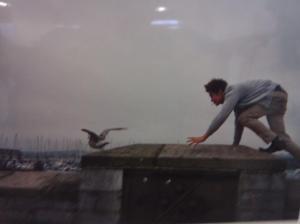 It has to be said we as a group (GROUP 8 FOR THE WIN!) on the first day took the best photo in the world (oh God, here he goes with the hyperbole again!)

Ok, so maybe it’s not the greatest photo ever, but you have to admit, it is pretty amazing. Well, we thought it was.

Unfortunately university didn’t work out for me for this and that reason, but I’m incredibly grateful to have had the chance to experience just a small inkling of that life, and I’ll never forget the amazing people I met and the times we had together in a small amount of time. There are some people who will never get to experience what I did in that short time, who can only wish they had the chance.

But now I’m back in Warwick again, and I’m ending the year in full-time employment which at first was a bit of a shock to the system, but nonetheless I’m loving it and it’s bringing a nice income in, which is very nice indeed.

Am I sad that university didn’t work out for me? Of course I am, but then again it’s not for everyone and it most certainly isn’t shameful to have dropped out, if it’s what’s best for you. But I’m very fortunate that I found full-time employment almost immediately doing something I enjoy doing, and I’m also very fortunate to have the support of everyone I’ve had support from, without them I wouldn’t be where I am heading into 2012.

So overall 2011 has been a truly wonderful year and I’m going to quote another blog I recently read to sum it up.

“I can now stand tall and say to myself, which is after all what this is all about, that I’ve come a very long way and I’ve done it by myself.”

Did you enjoy this post? Please leave me a comment using the form below to tell me what you did (and didn’t) like about this post and I’ll be sure to get back to you. Just above the comments box are five little grey stars and I’d really appreciate if you turned some of them yellow (preferably all five!) and used it to rate this blog as a quick visual way to let me know which of my posts you are enjoying more than others.

You can also follow me on Twitter @RNTomlinson and if you have any suggestions for future posts feel free to leave them down below, or tweet them to me too.

This site uses Akismet to reduce spam. Learn how your comment data is processed.